Opening of the new season!

Dear friends, we are glad to tell you about the opening of the new season! Already on the 14th September at 19.00 we will perform works by Pergolesi, Bach, Franck, Saint-Saëns, Brahms, Schubert, Rachmaninov and Chichagov in the Sobornaya Palata. You can find out more and purchase tickets at the link in this post. We will be glad to see you at our concert!

P.S. We also invite you to watch a short video with a fragment of Vivaldi's Concerto for 2 Cellos from the concert in Niko Gallery. Enjoy!

Concert on November 5 is postponed!

Dear friends, our concert at the Central House of Scientists, which was supposed to take place on November 5, is postponed to January 19, 2022. Tickets already purchased are valid for the new date! In the meantime, while waiting for the rescheduled concert, you can evaluate our recording of the cantata "Gloria" by Antonio Vivaldi, made in this February!!! 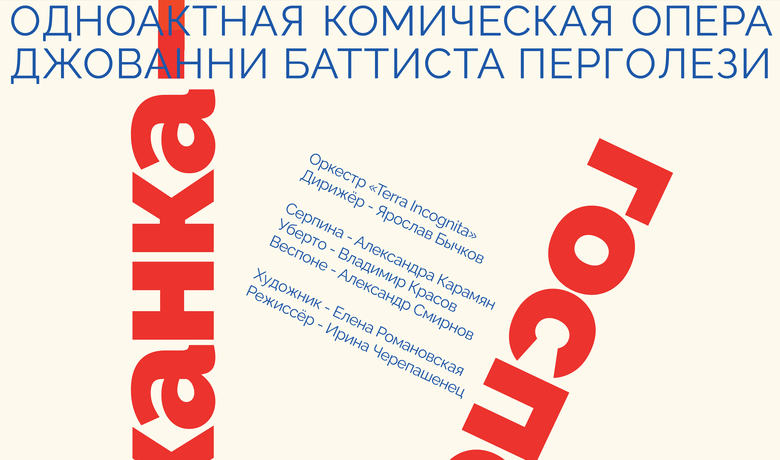 On the 3rd May the world-famous opera by Giovanni Battista Pergolesi written after the libretto by Antonio Giovanni Federico "The Maid-Lady" will be performed in the Hall-Constructor of the ZIL Cultural Center. The masterpiece of Italian musical culture will be performed by Alexandra Karamyan (Serpina), Vladimir Krasov (Uberto), Alexander Smirnov (Vespone), Ulyana Lovchikova (harpsichord part) and the "Terra Incognita" Orchestra conducted by Iaroslav Bychkov. The production designer will be Elena Romanovskaya, and the director and ideological inspirer of the project will be Irina Cherepashenets.

The plot of the opera, born in the 18th century, is still relevant today, which makes it one of the most popular in the world. The heroine of the opera, maid Serpina, decides to marry her master, coming up with various ways to implement her idea. The action is accompanied by deceptions, dressing up and pretense, traditional for the Italian comedy. All arias will be performed in Italian (the original language), and recitatives in Russian, so that the viewer can catch the fascinating plot twists and subtleties of what is happening on the stage.

Chamber concert on the 19th February 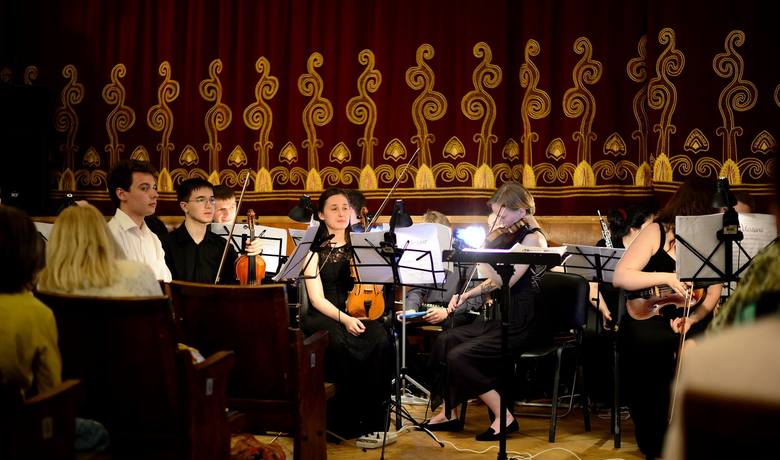 In the difficult quarantine year 2020, there was one round date that cannot be ignored. This is the 250th anniversary of Ludwig van Beethoven.

Everyone knows Beethoven as a great symphonic reformer, but now we are not talking about symphonies. The composer developed, transformed and brought the concerto genre to a new level.

That is, even the pre-Beethoven generation thought of these genres almost in opposition. Even in Mozart's mind, the concerto was a more virtuoso genre than meaningful. But Beethoven, being full of revolutionary liberation ideas, frees the genre of the concerto from the generally accepted framework and elevates it to a symphony.

The first part of the concerto traditionally uses a tutti-solo double exposition. And all the thematic groups of the 1st exposition are given by Mozart in the main key. Beethoven departs from this principle already in his first concertos. In the second exposition, Mozart introduces new themes, adding improvisation to the text; Beethoven develops the material for the 1st exposition according to the symphonic principle.

The 1st Piano Concerto C-dur, despite its innovative features, still remains true to the Mozart traditions. He is imbued with sunny youthful optimism.

The 5th Concerto Es-dur became a manifesto of the usurpation of performing freedom: for the first time in the history of the concerto genre, the author writes out the soloist's cadence (which, however, makes life easier for many).

We invite you to listen to these two concerts at the House of Poets on February 19, tickets at the link under the news (Source). Attention!

There will be no orchestra.

The concerts will be performed by V. Lachner's arrangements for piano and string quintet performed by laureates of international competitions Ivan Yarchevsky and Nikolai Kurdyumov, accompanied by the string quintet of the "Terra Incognita" orchestra conducted by Iaroslav Bychkov.

Dear friends, Iaroslav Bychkov and the collective of the "Terra Incognita" orchestra heartily wish you a Happy New Year! We wish you health, success and as much joy as possible in the coming 2021!

To brighten up the long New Year holidays, we have prepared a small gift for you - this is a video with music by Joseph Haydn and James Pierpont.

But this is not all that awaits you in the New Year! Intrigued? We are opening several series of chamber concerts, and we also look forward to the soon resumption of symphonic concerts! Stay tuned for updates on social networks and here on the orchestra's website.

The cancelation of current season

Dear friends! We are forced to inform you that due to the situation with coronavirus, we had to cancel all current concerts, including concerts on April 18th and May 16th. Our orchestra hopes to meet with you in the next concert season. And now we bring to your attention our new video - we work for you even on quarantine! 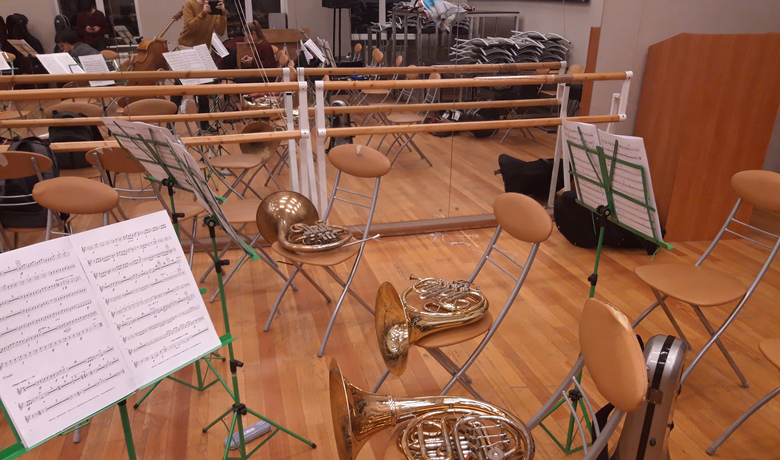 Dear friends! Unfortunately, due to the coronavirus pandemic, we were forced to cancel our concert on March 28th. Concerts on April 18th and May 16th are still in doubt. Stay tuned and be healthy!!!